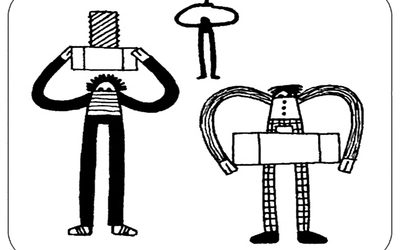 Our children live in a different world to the one we grew up in or that is at least as this 40 year old woman sees it. This became even more apparent, a few weeks ago, when the government announced mandatory sex education from primary school onwards in council run schools. To fully put that in context, this means a four year old will now take part in such lessons.

Despite the assurances that such lessons would be age appropriate I am struggling a little to see what this may look like.

Clearly, the world is changing quickly. Cyber bullying and sexting was something I would have never foreseen in my youth. It would probably shock my younger readers to learn that there were no mobile phones when I was growing up and perhaps even more unbelievably, given the extent I now rely on it, there was no internet. Given these technological advances, I suppose it is inevitable that we too must change with the tide of progress. We must accept that the niavity of our children’s youth will be corrupted, to some extent, by the future we find ourselves in.

I cannot and would not therefore dismiss the notion of sex education out of hand. At the very least it cements what a responsible parents has already taught their child about what constitutes healthy relationships, as well as the dangers of sexting, online pornography and sexual harassment and at its best, it makes up the shortfall from a parent reluctant or ill equipped to discuss such things. The question for me is, at what age is it acceptable for the state to join the discussion?

The Department for Education (DfE) has stated that:

‘In primary schools, the focus would be on building healthy relationships and staying safe, while in secondary school it would focus on sex as well as relationships.’

The government will hold discussions on what this will actually look like. What should be taught to children, and at what age, will be subject to a public consultation later this year.

Pupils could be taught the new curriculum from September 2019, the DfE said. In an interview with the BBC, Ms Greening remarked,”At the moment, many schools teach sex and relationships education… But it’s not mandatory, and, therefore, for many children, they are not coming out of our schools really being equipped to deal with the modern world or indeed being safe and protected from some of the very modern challenges that young people face on cyber-bullying and sexting… What we’re introducing today is mandatory relationship and sex education in all secondary schools, but also mandatory relationship education in primary schools as well… And, of course, in all of this, it’s important everything is age-appropriate and, of course, it’s also important to retain, for sex education, a parent’s right to withdraw their child.”

The wording for primary sex education has been expressed as ‘relationship education’ to reflect its focus, but one should be clear that the sexual element has not been removed but merely reframed. So should this move receive our blessing or not? Given the seeming leap in child abuse cases ( I suspect technology has made it more apparent) is it incumbent upon us to give our children, however young, the tools to recognise and defend themselves against potentially inappropriate behaviour or are we yielding to the hysteria of our age…the notion that the pedophile lurks behind every corner? Furthermore, can we teach this in a way that doesn’t compromise our child’s relationship with the adult world? Can this even be done within the confines of a classroom or does such a space, one perhaps in which the child feels less able to question and discuss what is being said to them, lend itself to internal misrepresentation? If so, what consequences would this have for the child and the parents? Is this issue better left to those who best know that child and can decide when that ‘appropriate’ moment might be?

The complexity of this issue is underscored by the chief executive of Christian Concern whom in an interview with the BBC remarked, “Children need to be protected, and certainly when they’re [still at primary school], we need to be guarding their innocence… We need to be protecting them from things, working with parents to ensure that what they might need to know – which will be different for every child, different in every context across the country – is properly looked at… But this is something that should be individualised, not something that the state can deliver wholesale.”

The idea that every context is different, every situation must be individualised does not sound like one that is deliverable by the state. In fact it sounds a lot like an argument for the status quo in which parents continue in this role. This is certainly an emotive issue. The Safe at School Campaign, run by the Society for the Protection of Unborn Children, described the announcement as a “tragedy”. National co-ordinator Antonia Tully said, “Parents will be absolutely powerless to protect their children from presentations of sexual activity, which we know is part of many sex education teaching resources for primary school children…The state simply cannot safeguard children in the same way that parents can. This proposal is sending a huge message to parents that they are unfit to teach their own children about sex.”

There are those who welcome these recent developments. Jonathan Baggaley, chief executive of the PHSE Association said,

“This is a historic step and a clear statement of intent from government.Following years of campaigning we are delighted that Justine Greening has taken this vital step to respond to the clear call from parents, teachers and young people that education must prepare all children, in all schools, for the opportunities and challenges of modern life.”

This is a sentiment echoed by Russell Hobby, general secretary of the school leaders’ union NAHT.

“It is so important for young people to be taught about appropriate relationships, and the duties set out today bring that one step closer.”

Ms Greening’s announcement follows a widespread campaign by charities, MPs and local authorities, calling for (SRE) to be made a statutory for all schools.

So where does this leave us? The secondary component of sex education is fairly clear cut for me. STDs are on the rise amongst our teens. There has been a walk back in sexual health among the young since the 80s. The concerns of the digital world are complex and varied. They cannot be ignored. However, it is the primary element that gives me most pause for concern. This is not borne from some naïve belief that childhood should be innocent. Such a belief is not naïve and childhood should be so. Nevertheless, I recognise that the world has bad people in it who do bad things and yet I am not comfortable with the state taking on the burden of this reality. Within the classroom setting there is too much scope for things to go wrong. Such matters are too delicate and nuanced to be delivered wholesale to a group of thirty kids. If it’s not done right it has the potential to wreak havoc both internally and externally.

The burden should and must lie with the parent.